This striking home won multiple awards in 2015. With an emphasis on recycled materials and sustainable energy the Oyster Bay Eco House was a retreat in the gumtrees. The home, which was often referred to as the “glass house”, allowed the surrounding nature to seamlessly flow around and within the dwelling while maintaining an incredibly private sanctuary for the residents.

The once vacant block was originally deemed difficult to build on due to restricted street to site access, a steep sloping topography, drainage challenges, and consideration to preserve the sites mature trees and geological rock features. But with careful planning, a successful home set amongst the gum trees was created.

The structure is a light-weight, simple and cost effective rectangular grid system on piers and integrated into the slope of the land, consisting of four bedrooms located on the ground floor and the living area on the first floor, making the most of heating and cooling strategies.

A butterfly roof was incorporated to allow ceiling highlights on all perimeter walls, capturing light throughout the day at all angles as the sun moves over the path of the site. Large overhang eaves shade exterior walls and windows in summer and the design of the roof towards the north is precisely angled to capture the sunlight and warmth in winter

As recycling and reclaiming materials was a focus for the project, hardwood joist from previous demolition on projects has been reclaimed to make a beautiful front door, dining table and bed. Two large external feature post at the front of the house was reclaimed from a old bridge beam and cross arms from old telegraph poles has been used for balustrading post.

Innovative structural engineering designs were used to face the challenges for bracing and racking issues due to one third of external walls being glazing, which left limited areas of framing to brace effectively. A seamless bolt-together structural steel frame design with in-fill panels was adopted to ensure the structural integrity of the home was not compromised as the elevated site is exposed to strong south prevailing winds. The exposed galvanized steel has been expressed to create sharp bold lines and borders to the house and compliments the clear anodized windows and doors frames. 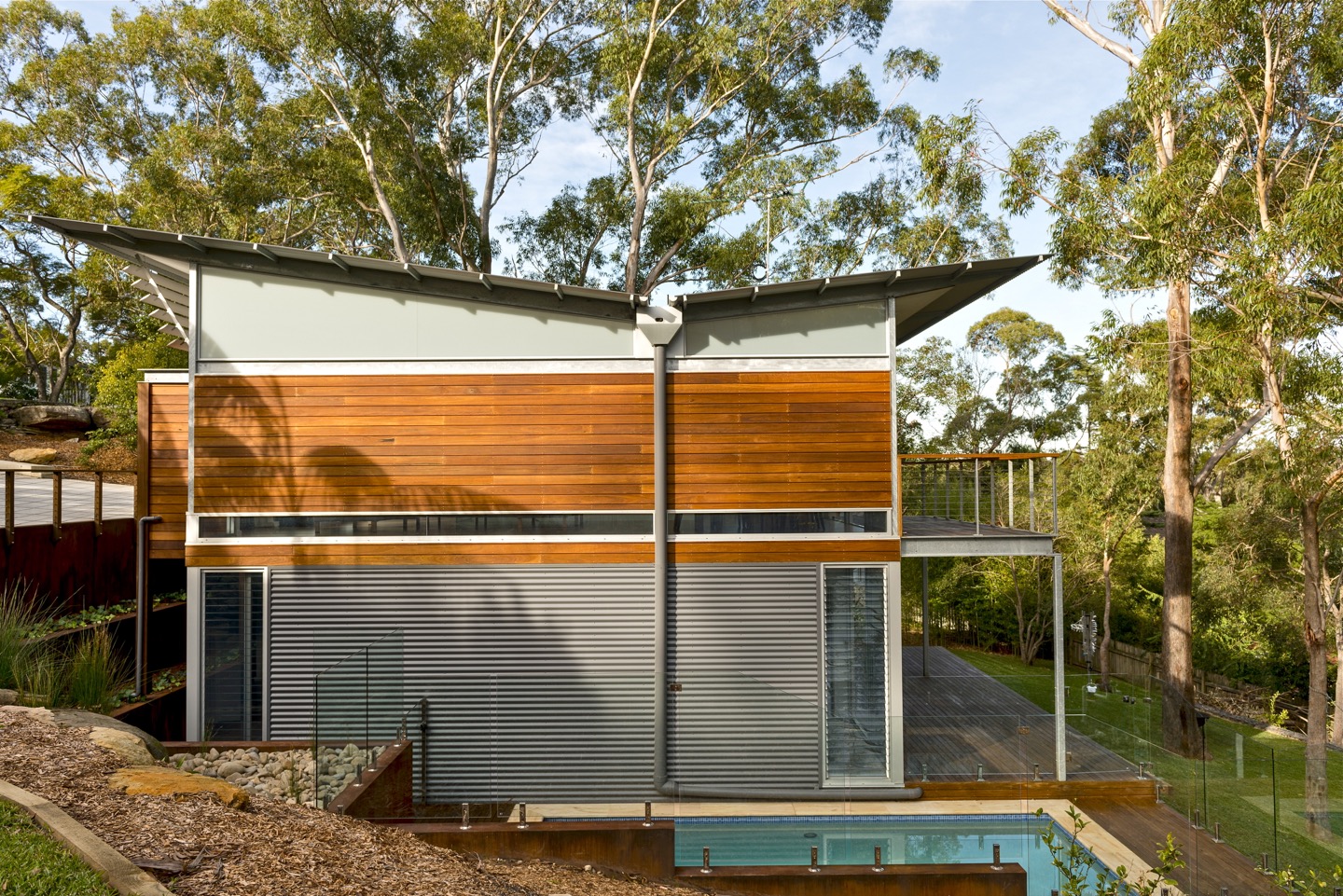 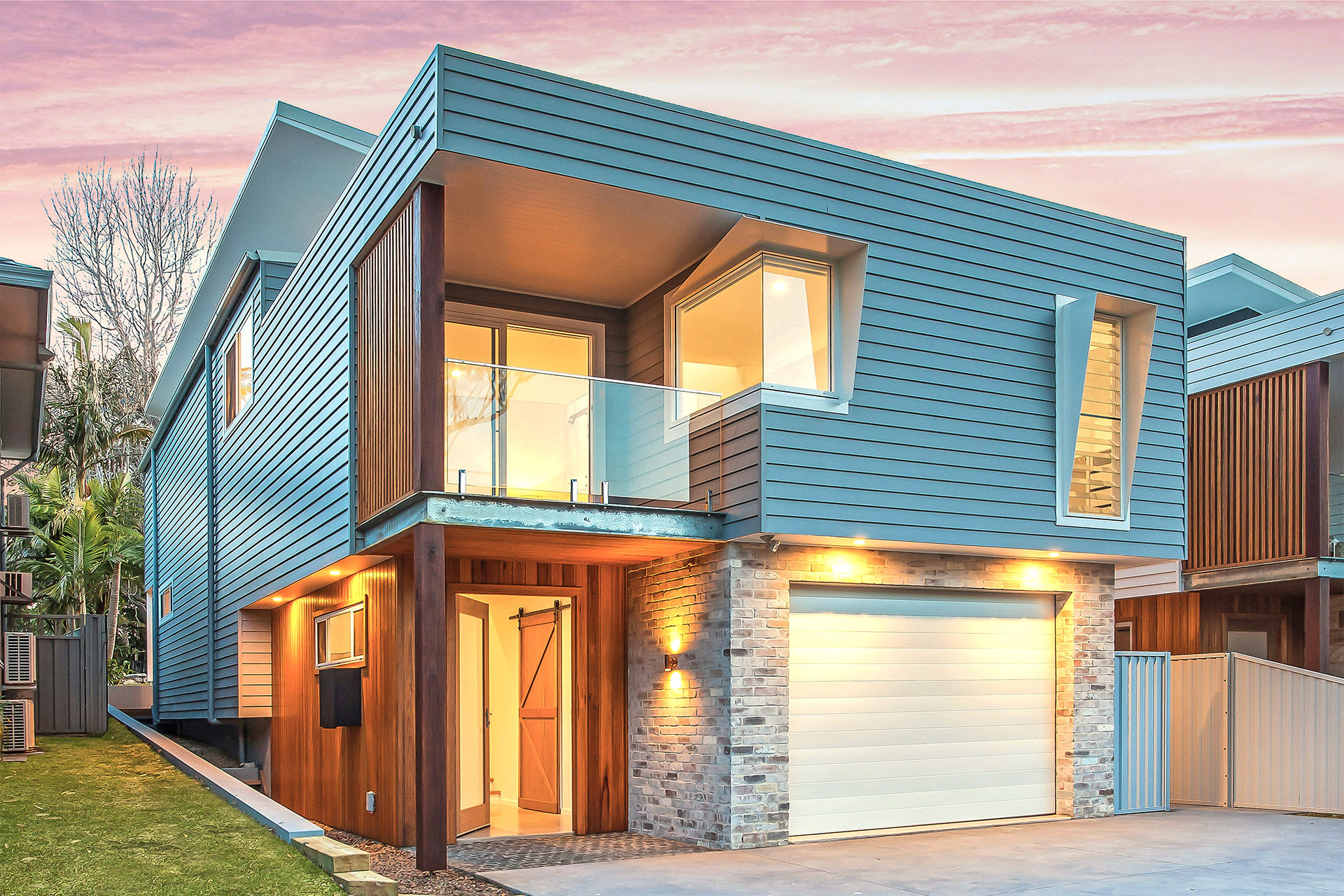 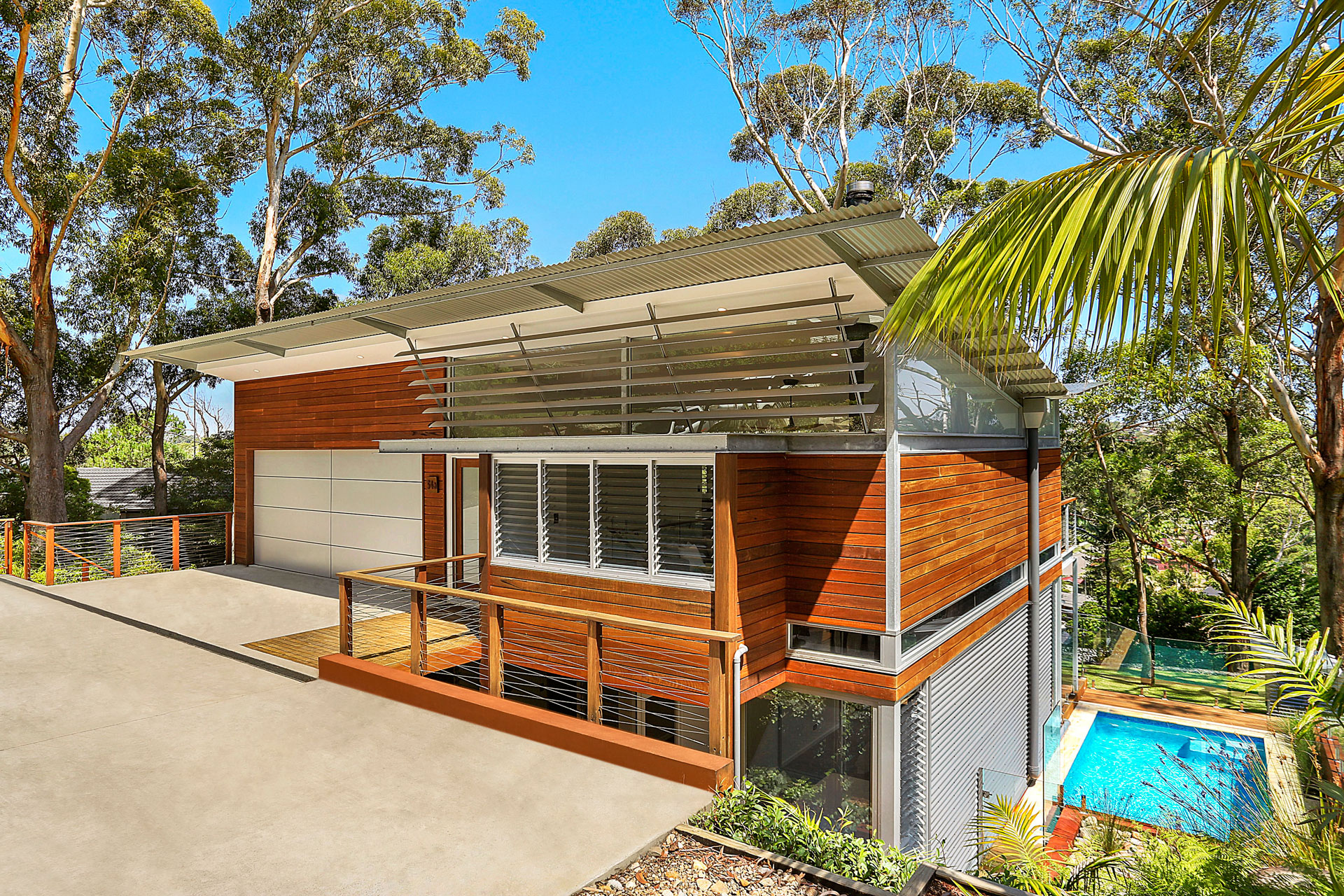 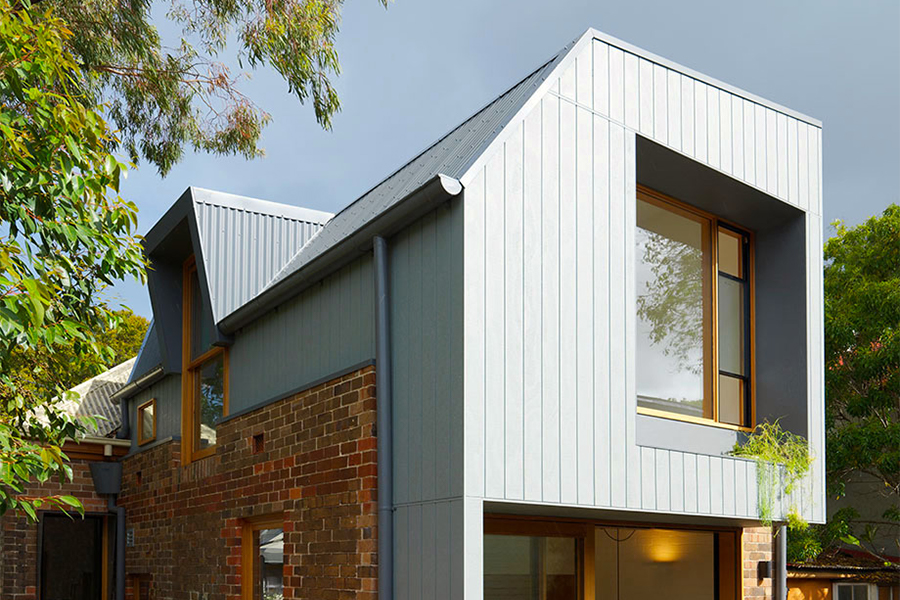